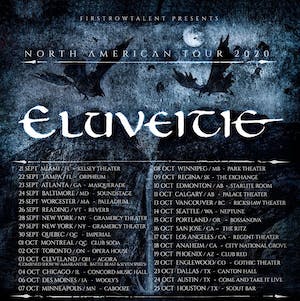 Initially formed back in 2002 as a mere studio project by main man and mastermind Chrigel Glanzmann. His vision was to create a blend of Gothenburg styled melodic death metal with ancient folk melodies and themes that would soon become the “New Wave Of Folk Metal”. Now, more than 12 years on, ELUVEITIE have established themselves as the most successful Swiss metal act to date.