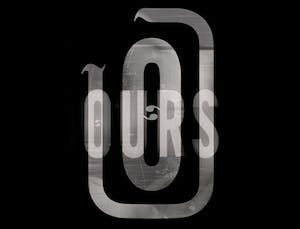 iCal
Google
Ours and Chris Shinn appearing at Trees in Dallas

OURS is an American based musical group led by singer, songwriter, and multi-instrumentalist Jimmy Gnecco. Signed to Dreamworks in 1997 OURS' first record 'Distorted Lullabies' was released in 2001 and produced by Steve Lillywhite and Gnecco. Their follow-up record 'Precious' was produced by Ethan Johns and was released in 2002. For their third record they would sign with Rick Rubin's label American Records. Gnecco teamed up with the production genius of Rick Rubin for 2008’s release ‘Mercy’ (Columbia/American). In 2010, Gnecco released his highly anticipated self-produced first solo acoustic effort, ‘The Heart’ and followed it in 2011 with the release of ‘The Heart: X Edition’ in which Gnecco built upon the intimacy of his solo album with a lush full band version of the record. OURS finds new ways of creating modern masterpieces by following up ‘Mercy’ with a re-inspired and resurgent self-produced release ‘Ballet the Boxer 1’ in 2013. The new album builds upon the moody, soulful and epic sound captured on ‘Mercy,' but with a greater sense of urgency that transcends the music’s emotional pitch.